My tried and tested 7 ways to manage seasonal allergies 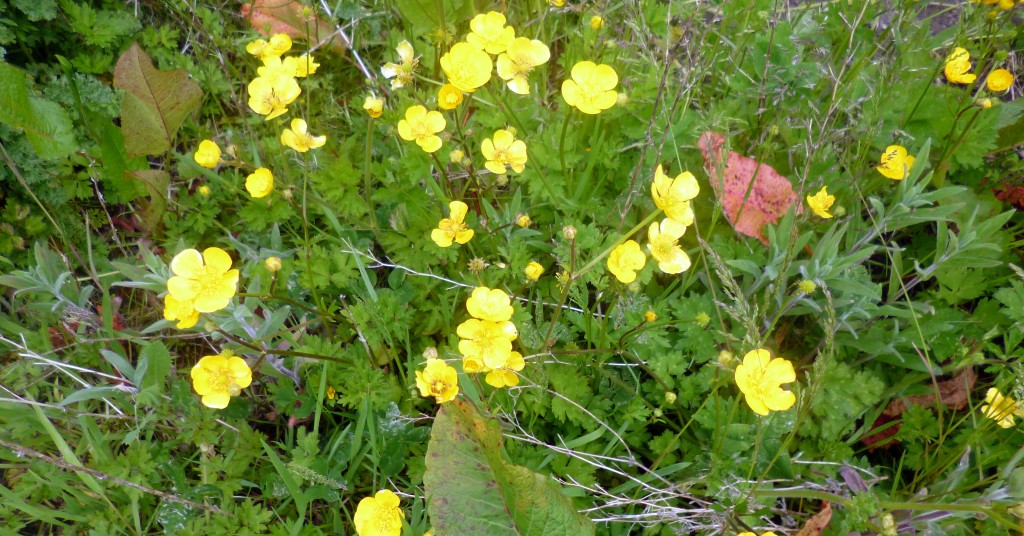 With the dreary Irish summer in full swing, with rain the last few days. I have to say that my allergies have never been better.

Which isn’t much of a solution. Don’t worry, this isn’t a step by step guide of moving to Ireland for the summer to avoid allergies. It’s more that I’ve known so many people suffering and I rally haven’t been as bad over the last four years, so I decided to share the tricks I’ve learnt over the years to manage the summer months…when we actually have a summer.

1. Try and avoid the stuff that causes your allergies

Of course this is nearly impossible. But all of us know of at least one thing that’s gar-ran-teed to get you sneezing and teary eyed. For me, its long grass, its flowers in full bloom with pollen flying around (so no bloom festival for me ever!) and as I discovered very recently, nettle plants in bloom..in flower? I never know which is the correct one to say. anyway, that was the only time I nearly died this summer. It was clearing the allotment of the nettle plants which I wrote about here.

I’ve used this one for over seven years now. I’m not sure why it’s the aloe vera one that works best as I’ve tried several and the others don’t. Probably because Aloe vera itself is very good, but I can’t tell you how much is used in the product. Now, given that petroleum jelly isn’t really good for you, you’d have to do this after deciding whether this risk is worth it for you. I swear this isn’t brand placement, it’s just that the vaseline brand is apparently as pure a grade of petroleum jelly as you’ll get.You have to blow your nose, maybe even run a clean tissue on the inside just to make sure it’s nice and clean, and then line the inside of your nostrils  with it.  repeat after each sneezing fit and you’re bound to get some relief.

At the end of the day, follow the routine below:

3. Shake out your hair before entering the  house for the last time.

Just give it a good shake, running your fingers through it, maybe sing Mariah Carey’s “shake, shake, shake shake shake it off” (guilty!) as you do just to give it a bit more oomph. but do it. This takes out a blot of the pollen that may have stuck to your hair throughout the day.  Do it outside the house so you’re not just spreading pollen all over around the house. Especially if like me, you don’t wash your hair daily, this is important as it won’t build up too much pollen over the time between hair washing. I usually shake out Roz’s hair as well since we co-sleep and I don’t want tons of her pollen ridden hair right beside my nose all night.

4. Change your clothes every evening.

Same as above, your clothes probably carry a lot of pollen on them. Get home, get changed. If you are going to wear the clothes again (after a sniff test I hope!) then give them a good shake outside to get rid of excess pollen before hanging them up. I tend to have “indoor” and “outdoor” clothes. And my indoor clothes never ever ever see the outdoors for this reason – minimal pollen invasion. A bit extreme you may say but look who ain’t sneezing – me!

This one should be a bit obvious now. You want to minimise pollen in the house. I usually get home, shake out the hair, take off the clothes and do a sniff test or throw them in the laundry basket and then get straight into the shower. Not only is it the only time in the evening I might get a teeny weeny bit of time TO MYSELF, but it also ensures I have washed off any pollen  or other allergens that may have stuck to me through the day. Plus it’s sooo relaxing. Seriously, why wouldn’t you shower at the end of the day. Try it. It doesn’t have to take long, it just has to be.

6. Sleep with your windows closed.

I know that’s a hard one to do in Ireland given the lovely warm weather we’ve been having…..hahahahaha.

Okay, that was mean. But if you actually live in a climate where you’ll be boiled to death with your windows closed then I feel you.  But I live by this one. It keeps the pollen out so well. Nine years ago I lived in a beautifully warm apartment and the summer was lovely. I slept with the windows open a few nights in the summer and woke up so full of pollen that my eyes had sealed themselves shut and my nose was blocked so badly I could barely breathe. That’s how bad it got for me. Now I’m not saying just closing my windows helped, but it certainly contributed. Even now on days when Krys has accidentally left windows open through the night (because he never suffers from allergies so never has to worry about such things, lucky man) I get itchy eyes in the morning and a runny nose. Not nice at all.

A lifesaver! This is an antihistamine eye drop that gives instant relief to itchy eyes. I mean instant. I’ve used these drops for close to ten years (damn I’m getting old!) ad they are worth every €6.35 I spend. The only down side is that you have to throw it away after 28 days and with Ireland’s summer, I sometimes only get a day’s use out of it now. But before I knew all the trick above, I went through loads of it. Now I only buy it when I can’t get the itchiness is unbearable. keeping it in the fridge also has the added effect of cooling your eyes. the relief is….oh, indescribable. I was in Zambia last year and my mum kept complaining that her eyes were itchy and she was having hayfever like symptoms. two drops and she didn’t know herself. I had to leave my little bottle for her. They’re that good.

My opthalmologist recommended Opticrom eye drops as he said they’re much better because they have something or other that I can’t remember, but I haven’t tried those before. Maybe I’ll let you know next year.

edit: you wont need  a prescription for either Opticrm or Antistin, thank Thor!

this one I only discovered this summer. I was in a day’s training at work. The weather was actually good; blue skies, very warm and of course everyone was boiling and wanted the windows open. I started to sneeze and didn’t stop for the next 30 minutes. One of my colleagues told me to go to the pharmacy downstairs at the next break and buy beconase. She said,

“I swear if you haven’t stopped sneezing after three days, I’ll give you your money back”.

So what did I really have to lose? Nada. I bought it, I sprayed it immediately, of course it didn’t work because you know, I was still sneezing it all out and all. But by Sunday we were back at the allotment and I was cutting down the last of the nettles and wahey! Absolutely no sneezing. To say I was delighted doesn’t even cover how I felt. Hell I was sniffing at the nettle flowers just to make sure I wasn’t hallucinating this. It was wonderful!

But now we have zero summer. It’s cold, been raining mall week and I haven’t sneezed once and the horrid thing about being a hayfever sufferer is that you long for blue skies and warm days yet you dread them equally.

Anyhoo, if you’ve never  tried the tips above, do  and I hope they work as well for you as they do for me.
photo credit: No273 13 Oct 2009 Sneeze via photopin (license)