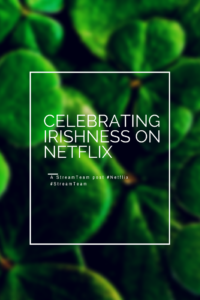 The Siege of Jadotville

Nominated for seven IFTAs, The Siege of Jadotville tells the true story of Irish Soldiers who were besieged by overwhelming enemy forces while on a UN peacekeeping mission in the Congo. The heroes led by Commandant Pat Quinlan fought for five days and heroically defended their outpost. A Netflix Original film, based on the book Siege at Jadotville : The Irish Army’s Forgotten Battle by Declan Power. Stars Jamie Dornan, Jason O’Mara, Mark Strong and Sam Keeley. Watch the trailer here. 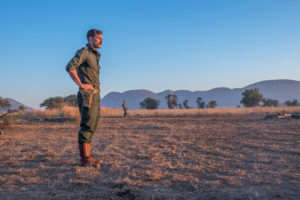 Never ones to think things through, two Irish teens steal bicycles and set off to the coast to find a bale of cocaine from a smugglers capsized ship.

In 1980s Dublin, a teen whose family is falling apart transfers to a tough school, where he forms a rock band to fit in and win a girl’s attention.

This documentary crime series charts the rise of the Irish Mob in America, from urban immigrant poverty to political power and wealth.

A luckless tourist at Dublin airport reconnects with this love of eight years earlier, who is on standby for a flight back to the US

A man returns home after a 10 year absence to reconnect with his ex-wife and daughter, but finds them living with his domineering former PE teacher.

The life of young Irish immigrant forever changes when she visits 1950s New York. But when summoned home, she finds herself torn between two worlds. Starting a very grown up Saoirse Ronan. She’s a fantastic actress. Watch the trailer https://www.youtube.com/watch?v=15syDwC000k

On 29 September 2008, the Irish government decides to bail out Ireland’s six largest banks, plunging the nation into financial crisis.

In a near future world, single people are hunted and forced to find mates within 45 days, or be turned into animals and banished to the wilderness.

A last minute mission in Dublin turns deadly for stunning secret operative Mallory Kane, when she realises she has been betrayed. Stars Michael Fassbender

A fisherman’s (Colin Farrell) life is transformed when he catches a mysterious woman in his nets. His daughter come to believe that the woman is magical creature. I’ve been dying to watch this one so it’s my first choice. I know I’m cheesy. Yes, I do.

Bloody Sunday depicts the 1972 massacre in Northern Ireland, when members of the British Parachute Regiment shot and killed 13 unarmed demonstrators.

Hostage to the Devil

Follow the eerie story of Father Malachi Martin, a disenchanted priest whose belief in demonic possession would lead him to conduct several exorcisms

And then of course, you don’t necessarily have to watch Irish films. You can decide to watch:

The OA – Young Dubliner Patrick Gibson plays the part of Steve Winchell, a conflicted, antisocial and at times violent teen bully, who strikes up a friendship with Prairie (Brit Marling) in this Netflix Original. 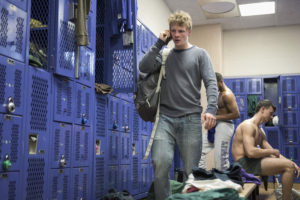 Unbroken- Olympic track star Louis Zamperini becomes a pilot during World War II and endures a brutal struggle for survival when he is captured by the Japanese.  He’s also in one of my favourite Black Mirror episodes season 2 episode 1 ‘I’ll be right back’. It’s a Netflix production so also available for streaming and pulls at the heartstrings while it messes with your head.

The Way Back – After escaping from a World War II labour camp, a band of soldiers undertake a journey to traverse Siberia, the Gobi Desert and The Himalayas. Stars Colin Farrell, Ed Harris and Jim Surgess.

Flaked – Dubliner Ruth Kearney stars as London, a mysterious new girl in town, in Netflix’s comedy “Flaked” with Will Arnett. Set in Venice, California resident and recovering alcoholic Chip (Will Arnett) styles himself as a self-help guru but struggles to keep track of his own lies and half-truths. Season 1 is available to stream on Netflix. Watch teh trailer here. 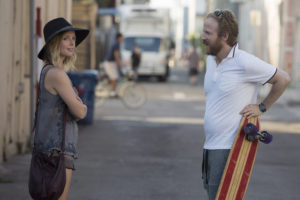 House of Cards – Dubliner Dominique McElligott joined House of cards in Season 4 as Hannah Conway wife of William “Will” Conway, the current Governor of New York and the Republican nominee. Will is Frank’s chief opponent in the race for the Presidency in 2016. Hannah and Will have two kids Charlie and Lilly. Their youth and strong values pose a huge threat to Frank who is middle age, having marital problems, and has no kids. Seasons 1-4 are available to stream on Netflix. Season 5 launches on 30 May and I can’t wait! Watch a small clip featuring Dominique here.

Better Call Saul – Tipperary Actress Kerry Condon plays the part of Stacey Ehrmantraut in Better Call Saul. Stacey was married to Matt, Mike Ehrmantraut’s son and has one Daugher Kayla. Matt was eventually killed after working for two years as a police officer in the State of Philadelphia, Stacey then moved to Albuquerque, New Mexico. Season 1 & 2 are available on Netflix. Season 3 is launching soon!

Victoria Smurfit stars as the woman you love to hate in Once Upon A Time – Cruela DeVil. Cruela originates from the Disney animated movie “One Hundred and One Dalmatians” and is one of the most evil women on Earth! New episodes of Once Upon A Time launch every week on Netflix. Watch a clip of her doing her thing here.

The Tudors – Dubliner Sarah Bolger plays the part of Princess Mary Tudor, the only surviving child of Henry VIII and Catherine of Aragon, as well as the oldest of the King’s children. Notably, Mary Tudor is the only female character apart from Catherine Brooke to appear in all four seasons. Sarah appears as a recurring character in Seasons 2, 3 and 4 of The Tudors, spanning some 23 episodes. Seasons 1-4 are streaming on Netflix.

Nell – Two Doctors are astonished to discover a backwoods North Carolina woman who has formed her own language after being cut off from civilisation. Stars Jodie Foster & Liam Neeson

Slow West – Determined to find the woman he loves, a Scottish Teenage braves the Western frontier of 19th Century America, with bounty hunters hot on his trail.

Survivor – Framed after a terrorist bombing, a US embassy employee is on the run in London, while trying to stop another pending attack.

Peaky Blinders – Cillian Murphy stars as ambitious gang leader Thomas Shelby who recognises an opportunity to move up in the world thanks to a missing crate of guns. (Seasons 1 & 2 are Available now)

Babylon – The Met’s new director of communications, Liz Garvey, faces a baptism by fire when a sniper goes on a shooting spree during her first day on the job.

Sherlock – Andrew Scott plays the part of James Moriarty, a master criminal and Sherlock Holmes’ nemesis. They enjoy matching wits against each other but Sherlock recognizes that Moriarty is extremely dangerous. Seasons 1-3 are available to stream on Netflix and if you haven’t watched any of them, whatcha waitin’ for?