It’s been a while since I wrote a post, lots of things going on furiously in the background, and I just haven’t been able to string a coherent thought together for the past two weeks.

So when Lisa over at badmammy suggested a Netflix linky, I was all over that like white on rice. So without further ado….

What’s your all time favourite on Netflix

Buffy, before it expired…waaaaaah! But if I could pick one current show, it would have to be the anime series Attack on Titan. Based on the Manga of the same name, the show is just simply flawless. Creepy, inspiring, funny, thought provoking…I could watch it over and over again if it didn’t creep me out so much. Series two just got released in April and I’m dying for Netflix to add it. Plus I’m gutted that I’m not a good enough seamstress to make myself one of those awesome uniforms and kill it at comic con this weekend.

Seriously, how badass would I look in one of them there capes?

Followed very closely on its heels is Arrested Development which is just the most flawless american comedy ever! The story of a son who has to take over the family business after his father gets sent to jail, and the dysfunctional family that drive him up the wall. It’s hilarious. 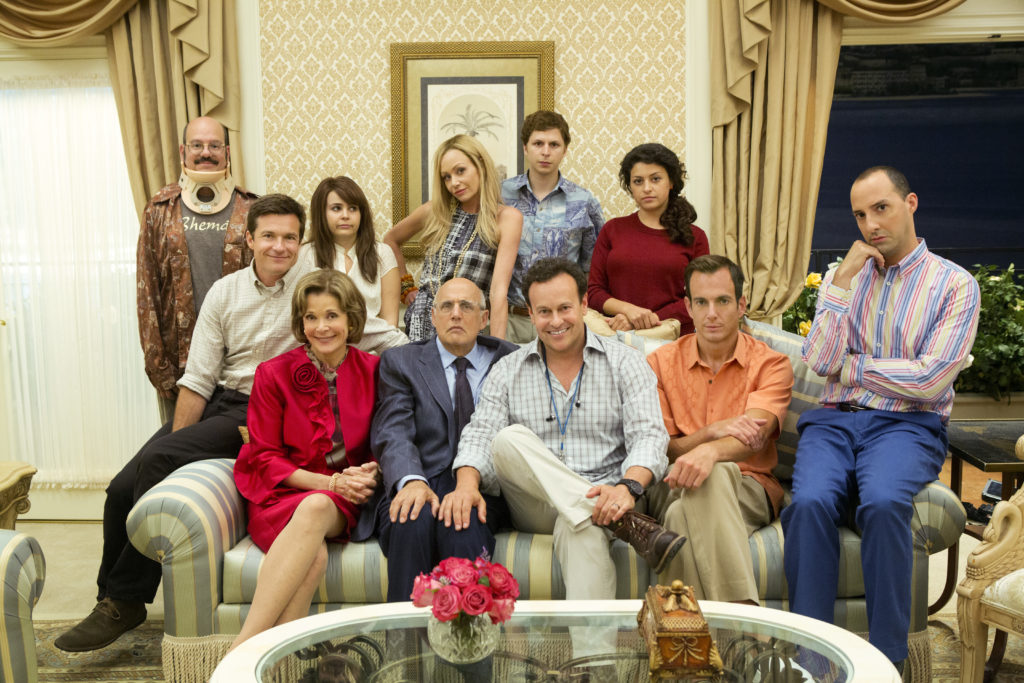 Other shows I could watch over and over again? The office which is just cringe inducingly good, Fawlty towers, which is one of those perfect comedies that just never let you down, The Fresh prince of Bel Air, Will Smith was so so young, and oh so funny, he still is great but he’s so fresh faced in this show it’s strange seeing him in more serious movies now. Documentary wise I could watch Man vs Snake over and over again. It’s about Tim McVey (no relation to the bomber) who scored a billion points by playing the video game “Nibbler” or snake, if you remember the old nokia game, by playing for over forty four hours straight as a teenager, and his journey twenty-five odd years later to reclaim the title. It’s suspenseful, heartwarming and has many twists and turns that kept me glued.

I started watching Grimm about two years ago, then it disappeared off Netflix for a while last year. I went searching and just…poof! Gone, just like that. I was gutted. Well, a new season was added recently and it came back on Netflix and I am not taking any chances, I’m watching that baby till every last episode is done. I had written about it in my 10 hidden gems on Netflix post and I must say it really is an enjoyable watch.

I also completed a marathon run of Orange is the new black.  I enjoyed it. I would normally be all, I loveditloveditlovedit, but damn they have peeved me right off with that cliffhanger ending. Like really? Really? Did you have to end the season like that Netflix? I’m just….no. Now we have to wait an entire whole twelve month year! AAAARRRGGGGGGHHHHHH! Watch it if only for Uzo Aduba who still continues to portray Suzanne in such a compassionate,  enigmatic way. The scene where she’s speaking to herself in the mirror… I had something in my eye throughout. 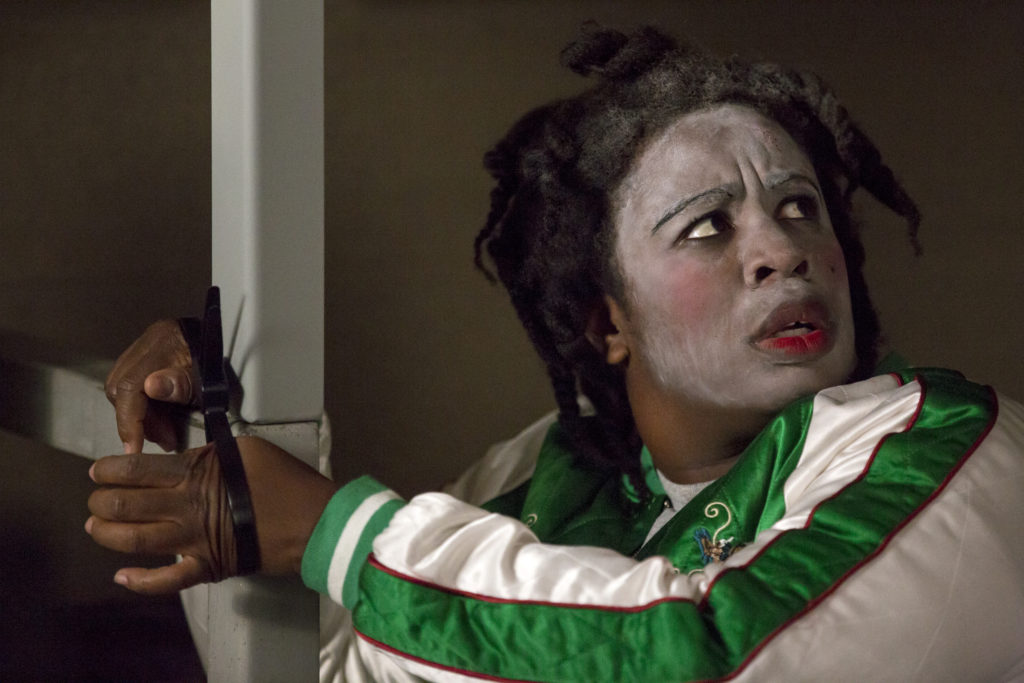 Orange Is The New Black Season 5 – Photo courtesy of Netflix

Oh where to start! Lost, because I’d love to take my time and watch the entire series. And to see Josh Halloway again…

If they added The Wire I’ll actually die happy…after I binge watch it. Just for Idris Elba

Ooooh, let’s see, what else. Buffy the vampire slayer should be re-added and stay forever, Criminal Minds, Nightmares and Dreamscapes, In Treatment, Torchwood, The Walking Dead, Westworld which I hear is excellent and been told I’ll enjoy, American Gods for the same reason, Chewing Gum because how can a Netflix show not be on Netflix? Seriously! And Michaela Cole is an amazing actress. I’ve started watching it on All 4 but it should be on Netflix. Please. Soon.

What are your marathon essentials?

A warm, comfy spot, a fully charged tablet, good headphones (preferably wireless) so you don’t yank them and fling your device across the floor accidentally when a child awakens suddenly and you forget. A cup of coffee and shortbread biscuit. Yum!

I just crosses one off today actually. Okja is a wonderful movie released today on Netflix about a you know what, I could be here forever…watch the trailer below. I loved it. I loved that Glen erm..Steven Yeun was in it. I missed him so much. I was all, Glen, you’re not dead, waaaaahhhhh. Then oh, this isn’t The Walking Dead, yay, he’s still alive. And Jake Gyllenhaal just about steals the show. But the girl who plays Mija. Oh! Just heartwarming. Unfortunately it’s 15 rating so not exactly a family movie.

I have lots of other things on my watch list and it keeps getting longer and longer. Homeland, which has been recommended to me by more than one person, Cowboy bebop, Travelers, which I begun and am two episodes in and will get back to at some stage, Falling skies, which looks very interesting, as does Frontier and The Deadlands.

As you can see, I’m in a mostly sci-fi and fantasy phase at the moment. And I’m loving it.

Things I think everyone should watch

13 reasons why. This series is devastating, disturbing and yet so important for everyone to watch. And for older teens to watch with their parents and talk about and listen and check in with each other. So much is left unsaid about suicide, sexual harrassment, rape and how it intertwines in the teenage years and yet so much of the three happen. All the time. They didn’t shy away from the topic and it left me raw and emotional and sad and so many other things, but most of all it made me open my eyes. 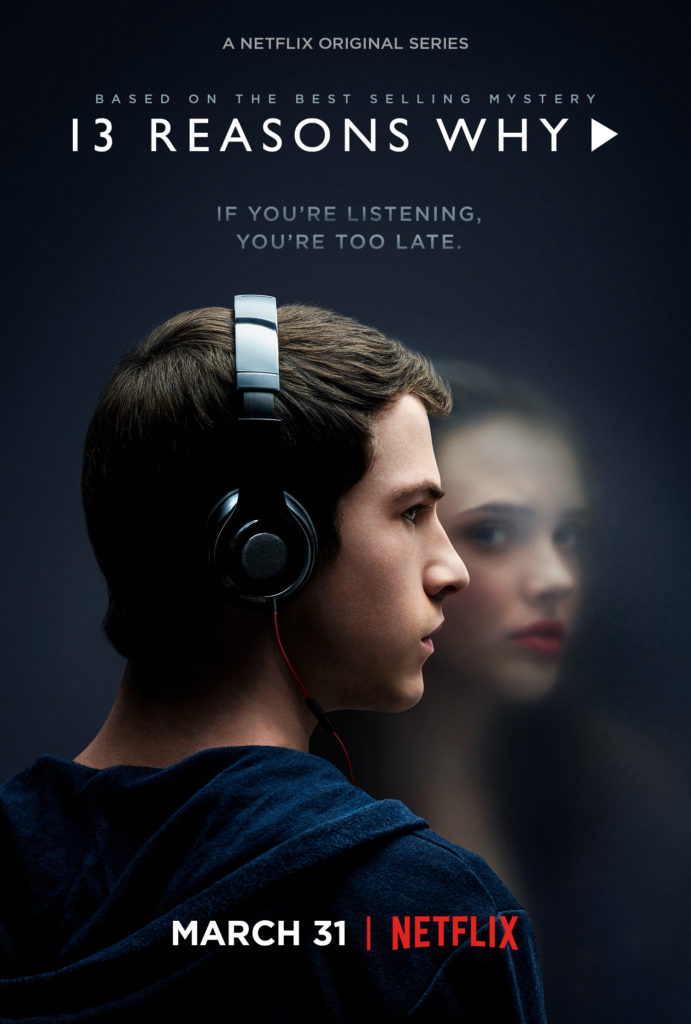 Power – because the music is amazing if you love hip hop and rap and don’ get to listen to either as much as you would like to. And because the lingerie is a whole wardrobe you’d love to have to yourself.

The Fuzz – a cop/buddy series set in the fictional Puppet town where puppets are struggling to deal with gangs peddling jelly beans. Yes, really. Watch it.

Paris is burning – One of those documentaries that grips and doesn’t let you go till you’re wrung out. It’s a documentary about the 1980s Harlem drag balls.

The pearl of Africa – another hard hitting documentary, this time about a transgender Ugandan woman and her struggles to live in an actively hostile, transphobic country. The bravery of even allowing herself to be captured on screen and for it to be released wordwide….Watch it.

If you want to see other bloggers’ take on this post, pop over to Badmammy on this link. Or let me know what you’re watching in the comments.