I was reading one of my favourite bloggers over the weekend and she had this fantastic post over on her page called Snapshot. I liked it so much that I said, yo Maud over there on Awfully Chipper, make this a linky. And to my absolute delight, she did. So I’m joining in. So here’s my snapshot

Listening to: Me – Newstalk in the background. I left my music listening days back in my teens and rarely voluntarily play music or pick a music station. I think I mainly listened to music because that’s one of the things teenagers do? Krys – Parliament Funkadelic (greatest hits), and I can hear a lot of their beats were sampled by Snoop dog in his doggystyle album back in the nineties when I still listened to a lot of music. So much! seriously, go to you tube and listen to their music. They’re fab. Roz – her french class songs on an MP3 player Krys gave her to save our ears.

Watching: Roz (not right now of course, she’s in school) – The Spongebob Squarepants movie on Netflix, which is hilarious by the way. And that’s coming from someone who hates the series. Me – The secret life of six year olds on all 4 in an attempt to understand my own six year old.

Playing: Roz – Subway surfer. Every child from here to mars seems to love this game. Me – Cooking fever. They keep adding new levels and locations and I’m completely and utterly addicted. It used to be Plants vs Zombies but that was too easy. At least the free version was anyway. And I’m not paying for a game. Ever.

Reading: Prince Caspian by C.S.Lewis at bedtime to Roz. We just finished The Lion, the witch and the wardrobe and she’s hooked. I love that we’ve moved on to books we can both enjoy. Not loving that it’s C.S.Lewis, who I find totally overrated and could find better, funnier and punchier books for her but she insists. I have a few Diana Wayne Jones books but she flat refused. Me – A killing in the Sun by Dilman Dila, which is my March reading resolution. I can’t tell you much about it as I’m on page two and it’s a collection of short stories. I’m really looking forward to getting my teeth stuck in as it’s described as “speculative fiction”…..hmmmmm I’m also reading The Beginning Psychotherapist’s Companion by Jan Willer, which I should have finished two years ago, but hey, doesn’t hurt to re-read and finish this time round. 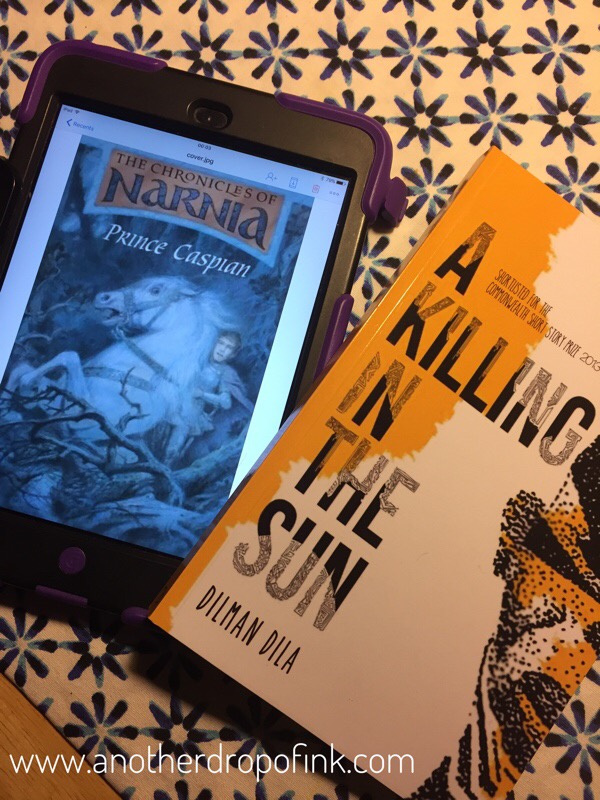 Looking forward to: Roz – a playdate with a school friend she’s been talking about the last two weeks. He’s finally coming over today. She told me last night that he asked her if she had any cars to play with. She told him she did, but they were baby cars and he wasn’t impressed. I’ve told her he’ll be impressed by the swing. I hope it doesn’t rain. Me – Visiting a friend this morning. I haven’t seen her in four months and we’re due a good laugh and gossip.

Drinking: Endless cups of coffee to deal with the sleep deprivation, and gallons of water to keep the bags under my eyes at a minimum. I wish I drank alcohol sometimes…just sometimes.

Wearing: My big furry house boots that snagged on a nail last month and have a huge hole on the heel of the left foot. I need new ones but can’t be arsed to go to the shops. I know there’s this thing called online shopping but it doesn’t sound great and I don’t think it’ll take off…

Eating: Me – A slice of brown bread with smooth peanut butter made of one hundred percent peanuts and is yummy. Small girl – a small pot of yoghurt, a slice of honeydew melon, a slice of apple, a tiny bowl of porridge, a section of orange…all of which will eventually end up on the floor or smeared across her high chair tray, the sleeves of her clothes and all over her cute face.

Working on: Even more letters to change address which I’d forgotten about. ARGH!! It’s never ending. 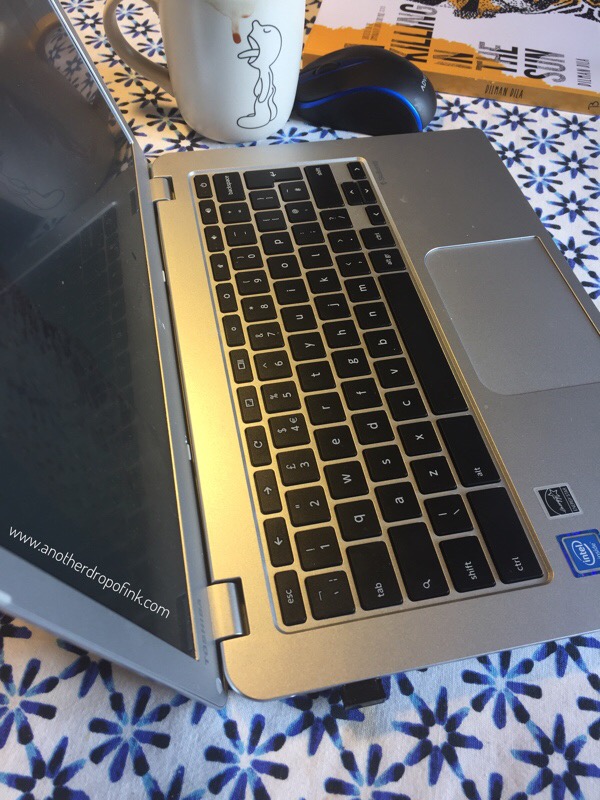 My current blog writing spot. My writing has moved to paper and pen due to lack of inspiration

Permanently frustrated by: Me – The fact I can’t seem to quieten the critic inside me long enough to keep any writing of my book going beyond five pages without thinking, this is shiiiiiiit! ain’t nobody gonna read that. Sigh. Krys – the amount of DIY this house needs. Last week he built shelves for the living room and in the kitchen,, insulated the upstairs, fixed the creaks outside Roz’s door and some on the stairs, changed the lighting in the bathroom, put up a medicine cabinets in the this week he’s changed the taps in the en-suite to a mixer tap, re-anchored the toilet bowl, nearly broke the cistern because it was badly anchored and not secured back in I don’t know, 1901 or something, cleared old nails…and all the various things required in an old house. Busy little beaver.

Enjoying: Me  – Watching this adorable baby that I made discover food. I’m sooo not stressing about food this time around. Food before one is just for fun is my mantra. Roz – the space, that she has a neighbour her age and so a ready made friend. Krys – who knows, through all the frustrations. Poor dear.

Not enjoying: At it’s still so cold. It’s March for crying out loud!! 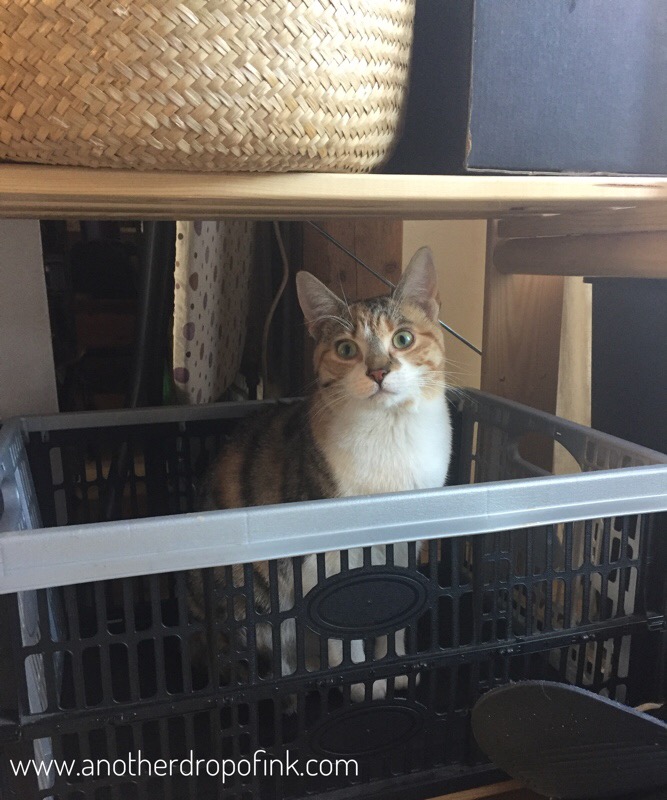 And a picture of Kira because why not?

If you’re a blogger, join in. It’s been great simply looking around and using things around me to write a quick post. And you get to know a little bit more about other bloggers. Honestly, I still can’t get over how simple it is. I complicate things unnecessarily. And if you want to read more, go on over to Awfully Chipper and enjoy.