Let me start off by saying I absolutely loved it.

Disney have really made something special with Moana. Roz and I went to see a special advance screening on Sunday and both of us came out thinking “wow”!Based on Polynesian mythology, it has beautiful imagery, songs and a kick-ass story. I think Disney has finally found a winning formula and I hope every child goes to see it.

The usual Disney heroine’s journey format is used. Girl feels unfulfilled, seeks something ‘more’, embarks on quest, meets travelling companion, they bond, they fight, they get back together, they solve quest, heroine returns triumphant. This being Disney, lots of music sprinkled in. 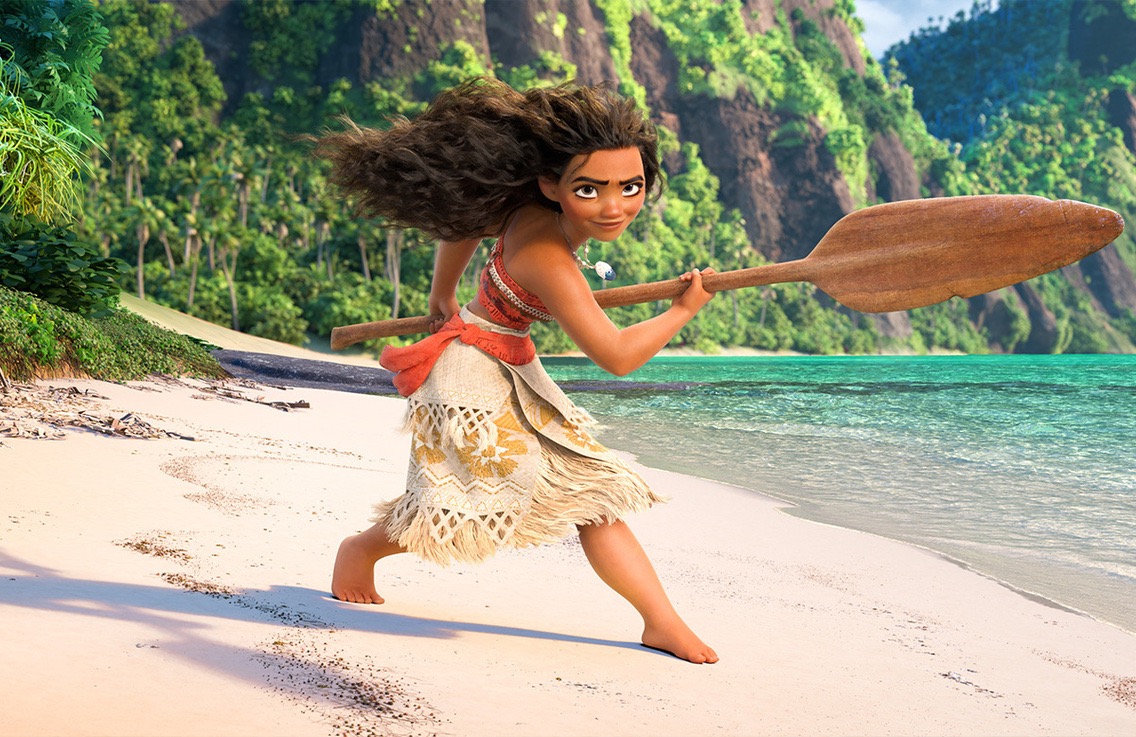 In this case the heroine is teenager Moans, who’s father has forbidden everyone from going beyond the reef of their idyllic island. It starts up a bit fast, whizzing through Moana’s baby, toddler and preteen years. And while that doesn’t take away from the story, it felt like a lot being crammed into a very short time before the ‘real’ movie begins. But when it starts, it really gets going. Moana disobeys her father, going out to see to save her island from being destroyed. Joined by the once great demi-god Maui, they go on an adventure that leads both of them to find new destinies.

I don’t want to give too much away, so I’ll leave the synopsis at that.

BUT. Here are my top thoughts on the movie.

Basically, go see it. It’s a fantastic movie to watch in the cold winter, to remember that there are warm places somewhere away from the bitter cold. Brrr. And especially go see it because for once Disney have got it right. Not just in the story telling, but also anthropologically speaking.

Now Disney, it’d be nice if you picked HUMANS for an African based adventure next time. A whole friggin’ continent and you go for animals? Thanks a bunch. I can send you tons of myths if you’d like. If it was that difficult to come up with some on your own.

Basically, go see Moana. It’s a fantastic movie to watch in the cold winter, to remember that there are warm places somewhere away from the bitter cold. Brrr. And especially go see it because for once Disney have got it right. It’s perfect as a new generation of girls come on board who should be taught you can rely on your own wits, friendship and the compassion behind you to find who you are.

Moana is out across Irish cinemas from today. This is not a sponsored post. I paid for both Roz and my ticket, and loved it so much that I wanted to share the love.