Oh, it all went horribly wrong!

Of course I exaggerate, but like seriously, it did go a tad wrong. I gave up on all-in-one nappies altogether because they just seem like an awful lot of work, and then I realized three of the nappies were too small, so it left me with tqhree or four nappies to use with their own inserts. And because I’m a stickler for doing things right, I had to use each nappy with it’s own inserts, no mixing and matching.

Then according to the small girl’s biological clock, day five heralded the coming of a poo, and I wasn’t psychologically prepared to deal with that whole side of things and I put her in disposables…just till she poops, I said to myself, then we’ll be back in cloth. 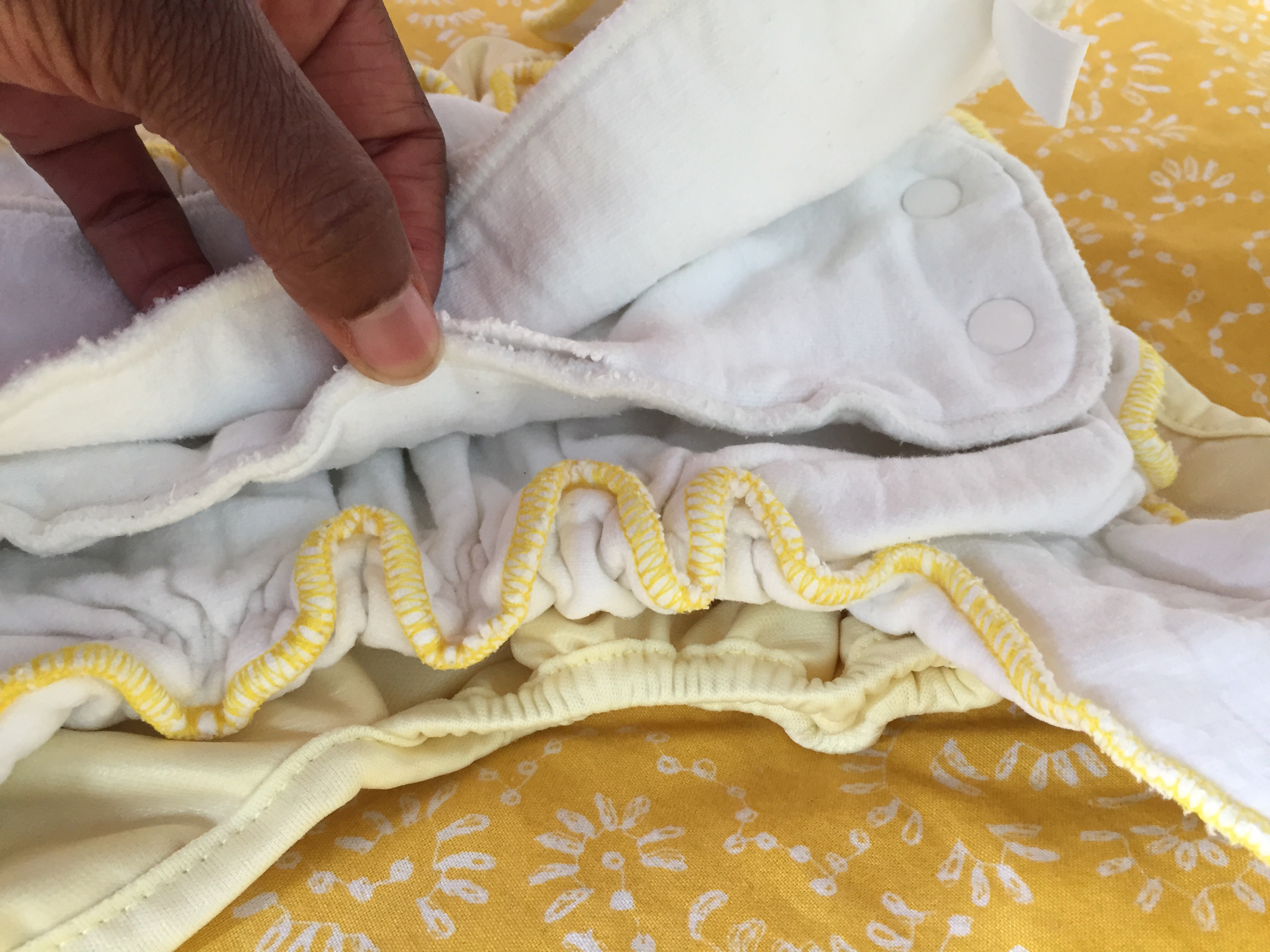 layers and layers upon layers…

But life has a wonderful way of helping me and throwing me in at the deep end all in one go. It just loves it, my little buddy. Thursday I went to one of my various parent and baby groups and talked to a lovely lady who reassured me that the poo nappies wouldn’t be as bad as I was dreading. Inside the loan kit, they had included two wet bags, which I hadn’t worked out how to use, and she explained that you put the wet inserts into the bag and can hold them in there up to a week (says she – I was thinking erm, two will be stretching it for me) and they are sealed so well that no smell will come out of the bag. She also talked me through the wash process. Her recommendation was to was on 60 degrees (which I’m using anyway) and then to dry them as much as possible outside. This she says will bleach out most stains and will give them an airing.

Still didn’t convince me to switch them that day, so I held on. She didn’t poo. 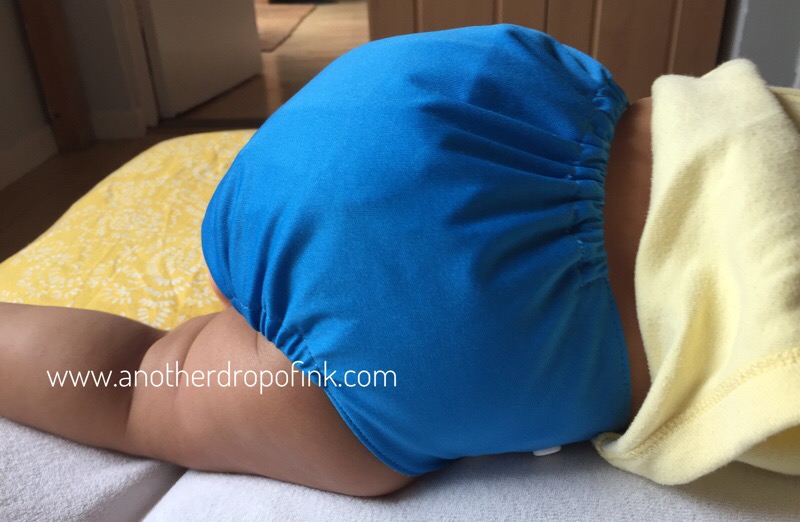 This was my favourite colour all-in-one nappy. Such a beautiful blue.

Friday, I put her in disposables again because I really, really didn’t want to have a poo in those beautiful cloth nappies. She didn’t poo. Argh!
Saturday morning she finally pooed so I breathed a sigh of relief and put her in cloth nappies again. And then an hour later, a small poo. Great! It all ended up on the liner, so that wasn’t too bad to clean. It wasn’t runny so just (sorry TMI!) fell off the liner really. Done, dusted, not bad.

Sunday she did another poo. In the cloth. Again, not bad, on the liner, perhaps remnants from the previous day. 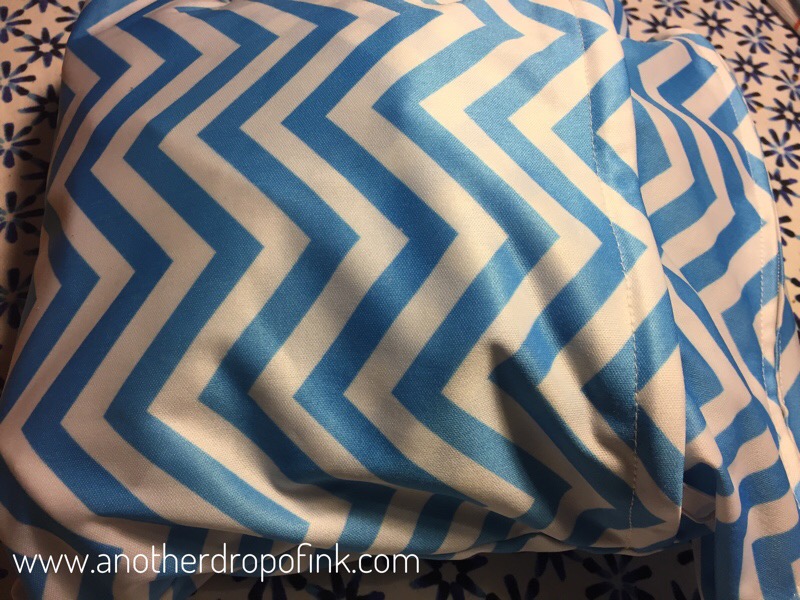 This is one of the wet bags, holding yesterday and today’s nappies.

And then again today, I mean seriously! And this time there was no liner as I’d run out, and so I had to scrape it off the actual insert, and give it a good pre-rinse because I really don’t want those beautiful white inserts to go back with stains. The difference between having a liner or not is big. The poo just spread over that insert like white on rice, while with the liner, all the moisture went away to leave a nugget like poo that simply rolled off the nappy.

Talk about the never ending poo though! I’ve gone from trying to avoid one poo situation to having one each day for the last three. Sheesh!

The good thing is that yes, the wet bags really do hold the smells of pee really well, and the liners take away wetness like a dream. And if I do convert, I’m stocking up on liners like they’re going out of fashion