I wanted to update you all on how Roz is doing a week later.

I want to start by saying thank you to everyone who gave me such good advice last week. It’s nice to know that someone cares. 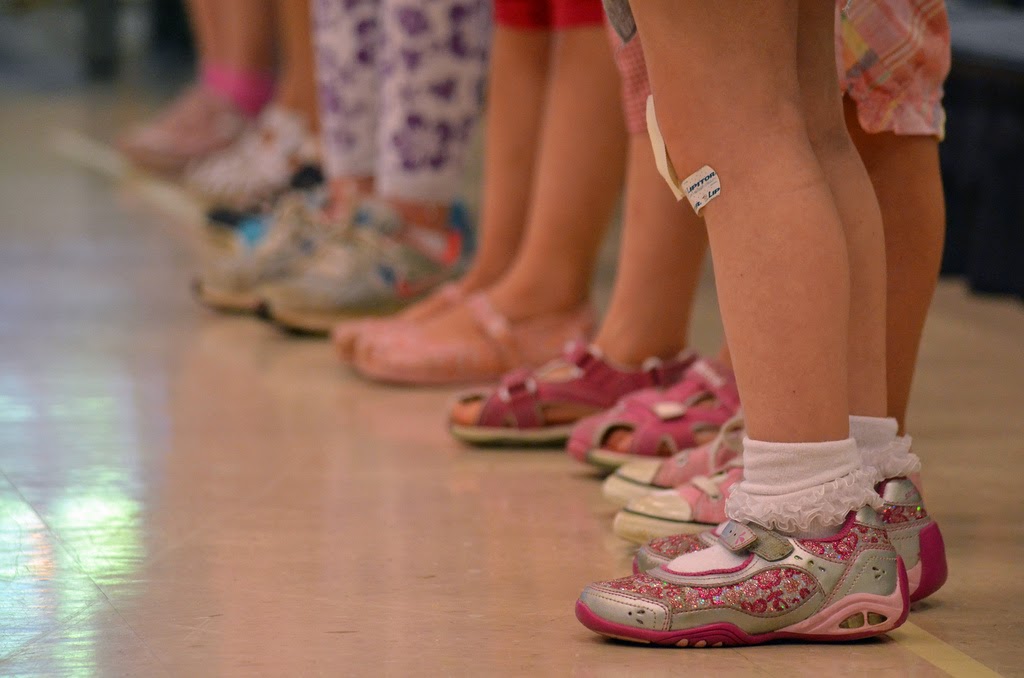 So, While Tuesday wasn’t as traumatic (at least for me!) as Monday had been,  it was just as bad. I think Roz thought that was it. Monday had been so bad that she wasn’t going on Tuesday. So she woke up very happy, got herself dressed, and when I mentioned that she couldn’t just wear tights because she’d be cold on the bike, the bottom lip started to tremble and her little face just crumpled and she started sobbing her heart out and there I was with tears running down my cheeks telling her it was okay to be sad and she would get over this one day at a time.

I try as much as possible not to tell her lies (though I often fail miserably out of mischief) but when it comes to this, I couldn’t say the usual “it’ll be fine”, “you’ll be okay” because what if it’s not okay? What if she’s not fine?

I know a lot of this is my issues re-surfacing. growing up, I moved a lot. I have calculated that even before I moved to Ireland, I had lived in eight places, staying nowhere for more than four years as a minor. And during that time I went to six different places of education. My mum always jokingly tells the story of how I walked home from my very first preschool because I apparently didn’t like it.I’m sure that day was fun for the preschool! Four year old legs it at recess – lovely!

I never felt that I fit in anywhere and looking back, school and new situations didn’t make it easier for me to socialise, it made it easier for me to accept my own company and know I would be the odd one out. The outsider, and how to fake this nonchalant exterior while breaking inside.

So yeah, seeing Roz going through all that last week not only made me ache for her, but triggered a lot of my own shit. Shit that I thought was buried and gone. Shit that I thought didn’t matter anymore. Shit that I thought I had overcome. And the incredible guilt over what I guess I perceive as a failing on my part. I always promised that I would only have children when I was ready, when I had found a man who’s genes I adored (and yes, you read that right. I didn’t have to stay with him, I just needed the genes) and most importantly – when I had a house they could grow up in from the day they were born to the day they left home.

Two out of three ain’t necessarily bad, but I just….argh! The guilt is enormous. If everything had worked out, she would still be at her old creche and be with her childminder and everything would be peachy.

So Tuesday was bad. Not as bad, because she eventually calmed down and ate her breakfast and I gave her a big hug before leaving. And it got better. By Wednesday she had made a friend and I know from personal experience how incredible that is when you were last in the class and are the new kid. That someone likes you and wants to be your friend is just fantastic. Krys gave his details to the preschool so they could pass them on to her friend’s parents and they have been in touch, so we hope to meet up with them out of school just to ease the transition even more.

I picked Roz up on Friday and when I asked what was her favourite thing that day?

“Nothing! I had no favourite thing and I didn’t like anybody and we didn’t do anything.”

But she was smiling, and she was showing me all the pictures on the wall and that was worth something.

We’ve kept in touch every day with her minders and they say she’s slowly coming out of her shell and playing with the other kids and isn’t as teary as before.

And this morning, she was actually okay.

“Will you have breakfast with me before I go to my school?” request for me, she was so incredibly brave and gave me a big wave and a hug as I left the house and her usual playful,

“Have a nice lunch and don’t forget your poopoos and your weewees.”