Would you trade disposable, for cloth nappies? I’m going to give it a try 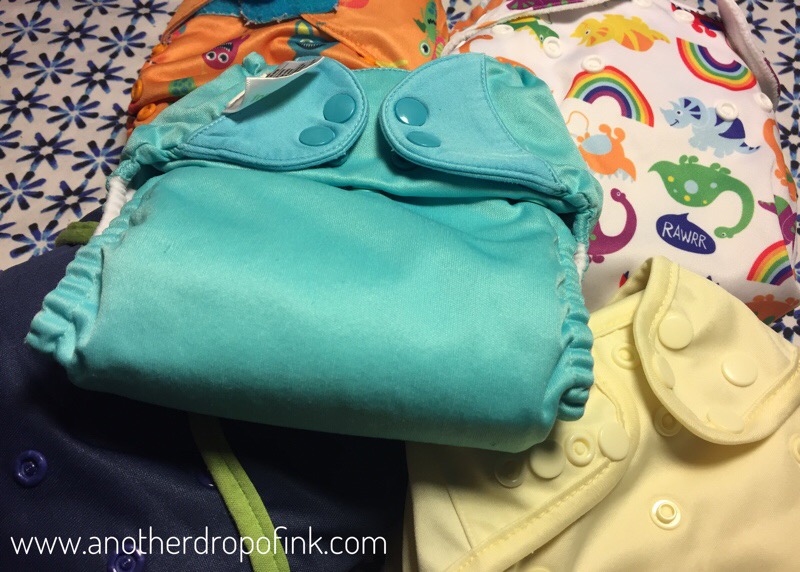 Technically, I did give it a try and gave up the next day. Roz was about eleven months old and Lidl (or Aldi, I forget which) were selling cloth nappies, everyone I knew (well, not literally everyone I knew but you know what I mean) had their newborns, babies and toddlers in gorgeous cloth nappies so I thought, why not? I bought one, put it on her bum going to bed that night and woke up to a humongous pee soaked, poo lumped nappy. I was soaked, the bed was soaked…nuff said.

I have bad memories of cloth nappies anyway. My youngest sister and my brother were born when I was old enough to remember the terry cloth nappy age. Seemingly endless yellow and brown stained nappies soaking in buckets of bleachy water; Huge safety pins that constantly had to be replaced because they kept getting lost; pricking my fingers while I learnt to get the hang of how to correctly fasten a nappy to a baby. Being the eldest sucked big time with that age gap. I get it, my mum believed in helping s ready for the future and first hand baby care was one of them but by jove it put me off cloth nappies for life. If I never saw a shit stained nappy soaking in a bucket of bleach, I said to myself several times, it would be too soon. I swore that all my babies would wear disposable. 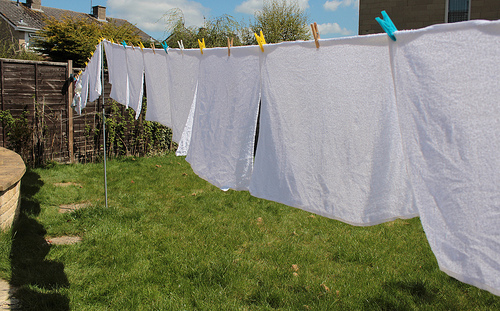 Fast forward to child one and I held on to that. But terry cloth was mostly gone and there were only adorable, cute nappies in site and I wanted in while my twelve and fourteen year old selves screamed at me to remember my promise. Those nappies may look good in adverts, they shrieked, but guess who’ll be elbow deep in buckets of bleach. And this isn’t Zambia with nannies and endless sunshine. This is Ireland here you’ll most likely be smelling pee, and worse, while those nappies dry indoors as it rains and rains and rains and f***ing rains some more.

So I listened to them. I ignored all my noble environmental quests and i didn’t betray my younger selves. They breathed a sigh of relief as I put my calculator away (I was going to guestimate the costs – given one is an investment while the other is pure monthly cost). Then they laughed and laughed as I woke up to the horror of that nappy. I soaked it in a bucket the next morning (cue more laughter), hand washed it (snorts issuing from them), machine washed it and still when it dried it smelt of day old pee. (they were rolling on the floor clutching their sides at this stage, those lovely adolescents I was.)

Enter child two and those cloth nappies just keep getting cuter. But I don’t have a thousand euro lying around to invest in nappies. If I’d bought them on child one it’d probably have been a better idea, but that ship was over the horizon years ago, so I shrugged and got disposables. And then, there’s this service called the cloth nappy library, which I thought was for buying nappies (library – hello Muuka?!) and they got in touch two weeks ago looking for bloggers to try out  cloth and how could I say no?

The deal is that I’ve got a loan of various types of cloth nappy from the Cloth Nappy Library Ireland, which I’m really happy to blog about. no payment will be exchanging hands, no free nappies will come my way, I just hope this will give me a chance to try something new, and they hope to make people more aware of how great cloth nappies are. I’ll send the nappies back n three weeks’ time and either I’ll be a convert or I won’t. No pressure, which is great as I don’t do well under pressure.

Anyhoo, The beautiful bag of nappies arrived Friday, and I was overwhelmed by all the information included, but determined to give it a good try. My adolescent selves are waiting for me to fail., but I’m telling them to shush.

I was too intimidated to try them out Friday, and Saturday was far too busy, but I read the information twice, double checked that everything listed was included, that I understood the  washing instructions, and this morning I chose on to start with. 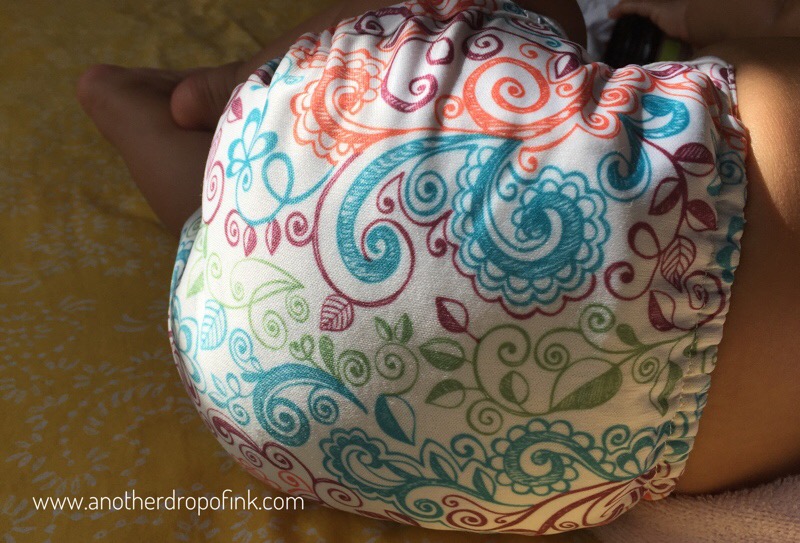 Seriously, the cloth nappies are beautiful. And not as difficult as I imagined…well, that remains to be seen. But at first glance at least there are no safety pins and everything is velcro or press studs. 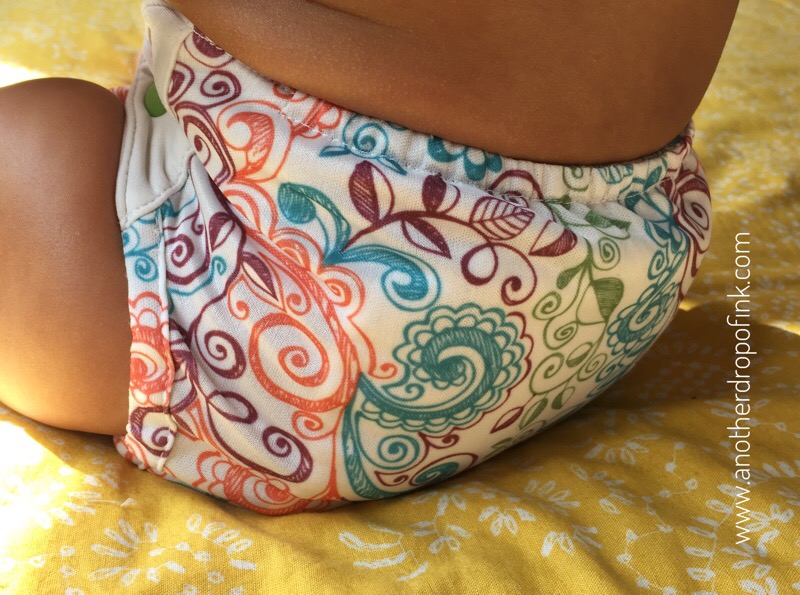 The nappies are adjustable. They look comfy, and are a lot less bulky than I thought.

I’m not yet confident enough to try one at night so she’s in a disposable as I type this but who knows. let me see how the washing goes tomorrow morning and maybe I’ll be a convert.

I’ll give an update each day so do come over and give me some love. Follow the hashtag #makeclothmainstream on twitter as other bloggers give it a go too and if you’re already a cloth nappy user, I could do with tips and encouragement! 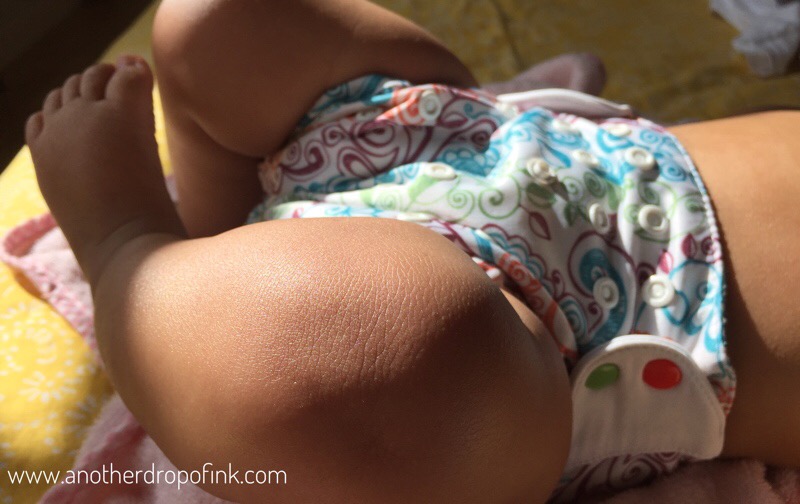