We’re about….oh, I don’t know, fifty, sixty…maybe seventy percent into the quickest house move we’ve ever had to do. It’s hectic, it’s madness, but this place ain’t gonna move itself, so somebody’s got to do it.

I’m sitting in the apartment’s shared corridor with a box of toys and the baby while Krys cleans the carpets. The chemical smell was too strong to keep her tiny nose indoors.

We did the sensible thing and hired a can for the move so that we didn’t have to dismantle all our book shelves and Roz’s bunk bed, her toy box thingamabob etc,to save time, and still spent the majority of Sunday, Monday and Tuesday packing and transferring things back and forth between this and our new home.

The baby is going through some kind of development or growth burst and flat refuses to sleep for more than an hour, so she’s had to spend most of that time on my back. And when awake, won’t leave my arms for more than a few minutes, so that’s where she’s been. This is leaving Krys with most of the ferrying and cleaning, which you’d think would make me happy but I feel like I’m missing out on some fun. That’s the control freak side of me talking. 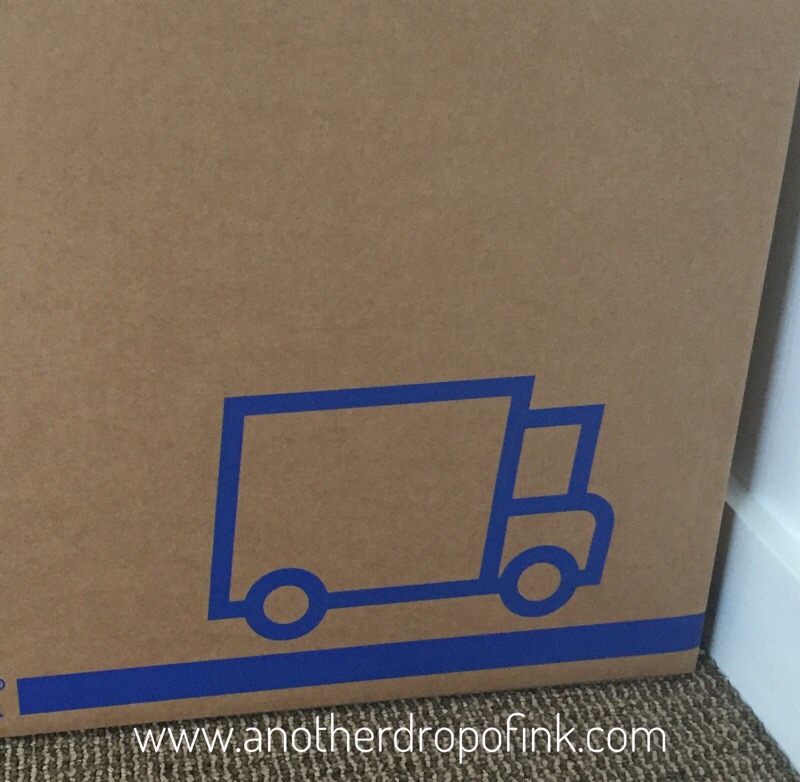 We got boxes from Ikea, had other boxes from Argos that we’ve had since forever and other boxes begged borrowed and given to us. I watched Krys do his Tetris thing all the while, marvelling at how organised he is at these times. I call it his Tetris thing (which he hates) but seriously, I’m not taking the mick when I do. It’s actually admiration, and he rolls his eyes when I say that. He’ll probably roll his eyes when he reads this too, so let me give you an idea of what I mean.

My first time flying home when we were a couple, I did what I always do: make a mental list of everything I’ll need and what I’ll carry. Two nights before, gather all the things on my bed. Get the suitcase from storage and one carry on suitcase. Fold everything and place them in the suitcases, mentally ticking off things on my list. The next night, remember some things that I should have had on my list, and open up the bags to add them. Curse as now the bag won’t close. Sit on bag, zip it and hope for the best.

‘oh my god!’ He exclaimed, hands to the sides of his face in horror. Roz didn’t lick that off the stones, nor get it only from me.

“What?” says me, thinking a seam has ripped or I’ve forgotten something lying on the floor, which will make it impossible to reopen and add it to the bags

“Do you mind if I repack for you?” He asked, tentatively, given we were less than a year going out, it was a good tone to take. And I let him do it while I did something else because I’ve better things to do than watch someone pack a bag. But when I opened it on the other side, I’ve never packed my own bags since.

Krys’ method involves making a physical list of all the things he will need while away. From passports, down to like, dental floss. He lays these all out on the floor the night before the trip. He ticks each individual item, physically, off the list to ensure nothing has been left behind. Then he sits in silence staring at said items, at suitcase, at items, at suitcase, and I stare at him with bated breath.

I just added that last bit for the atmosphere.

Then he methodically, or is that meticulously, packs them into his bag, folding and refolding items, sliding them around each other till they fit, tetris-like, into the bag and he zips it up with little ease.It’s actually freaky and fascinating to watch when I do watch it. I’ve got nothing better to do these days, obvs.

So, what was I saying initially? 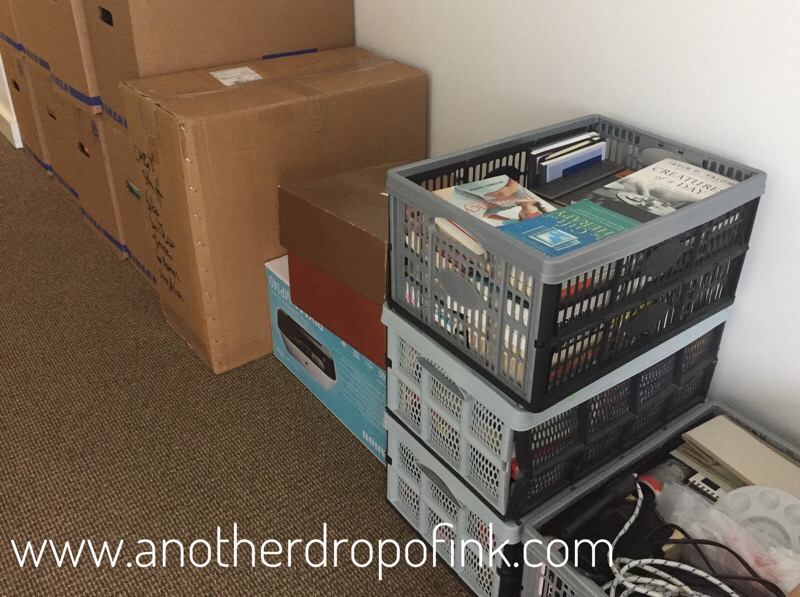 Not even a tenth of all our stuff, starting to get ready for transport.