Things to watch in May on Netflix : a StreamTeam post

It’s been a while since I did a Netflix post, but that’s because I’ve been too busy watching stuff! Seriously, there is some great TV on Netflix at the moment and it’s been hard to tear myself away and think of a theme of what to write about. You all obviously already know about 13 reasons why, so I’m not going to go into it now. Not till I’ve properly mused over what it fully meant and have stopped replaying some of those heart wrenching scenes. Watch it, but know that it’s hits you much harder than you expect.

So, what to write about then. Well, I’ll go with some shows that I’ll be watching in May that have just been, or are going to be, added. 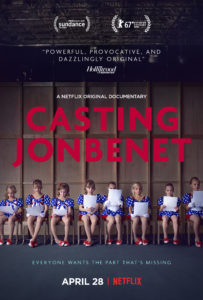 I still remember the mystery surrounding her death, and it’s not something one forgets easily. Now that I have a six year old of my own…it’s just not worth thinking about what happened to the poor little child.

This is a Netflix Original and the blurb is: Casting JonBenét is a sly and stylized exploration of the world’s most sensational child-murder case, the unsolved death of six-year-old American beauty queen JonBenét Ramsey. After twenty years of media speculation and public hysteria that cast JonBenét’s parents, John and Patsy Ramsey, of killing their own child, Casting JonBenét presents audiences with a hybrid of fiction and non-fiction filmmaking that examines the macabre legacy of this tiny starlet. 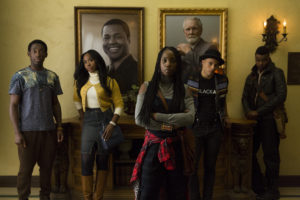 I watched the original movie last year and while it was okay viewing, it didn’t exactly blow my mind or anything. I was more fascinated by how much Tyler James Williams from Everybody Hates Chris, has grown. Spoiler, he’s not in this series. Boohoohoo.

Set against the backdrop of a predominantly white Ivy League university where racial tensions bubble just below the surface, Dear White People is an hilarious send-up of “post-racial” America that weaves together the universal story of finding one’s own identity and forging a wholly unique path. The satirical series — which picks up where the acclaimed 2014 film by the same name left off – follows a group of Winchester University’s students of colour as they navigate a diverse landscape of social injustice, cultural bias, political correctness (or lack thereof) and sometimes misguided activism in the millennial age. Through an absurdist lens, Dear White People utilizes biting irony, self-deprecation and sometimes brutal honesty to hold up a mirror to the issues plaguing society today, all the while leading with laughter.

And a short featurette : Here 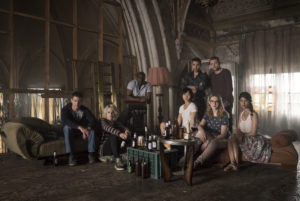 Is available from the 5th May! *scream*

I loved the idea of the show, I loved the cast, I enjoyed the xmas special. Sigh.

I’m a bit sad that the actor who played Capheus is gone, I really liked him, but his replacement, Toby Onwumere, is very likeable too. Wolfgang, the German guy, is my favourite. He’s simply gorgeous. I love the name so much I was prepared (as a middle name) to name the baby Wolfgang had she been a boy. Which is a bit creepy now that I think about it. Hmmmm

Here’s the blurb: Picking up where season one left off, Capheus (Toby Onwumere), Kala (Tina Desai), Lito (Miguel Angel Silvestre), Nomi (Jamie Clayton), Riley (Tuppence Middleton) , Sun (Donna Bae), Will (Brian J. Smith) and Wolfgang (Max Riemelt) come together both physically and mentally, plunged into the middle of each other’s tragedies and triumphs. On the run from Whispers (Terrence Mann), and forced to question their very identity, it’s a matter of survival as the Sensates must find a way to live with, understand and protect one another against all odds. 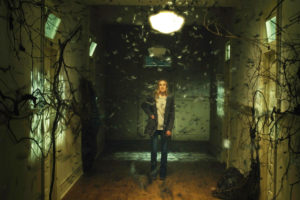 I love the supernatural, so this one sounds right up my alley.

In this intense and heart pounding supernatural thriller, Jessie (Kate Bosworth) and Mark (Thomas Jane) decide to take in a sweet and loving 8-year-old boy, Cody. Unbeknownst to them, Cody is terrified of falling asleep. At first, they assume his previous unstable homes caused his aversion to sleep, but soon discover why: Cody’s dreams manifest in reality as he sleeps. In one moment they experience the incredible wonder of Cody’s imagination, and in the next, the horrific nature of his night terrors. To save their new family, Jessie and Mark embark on a dangerous hunt to uncover the truth behind Cody’s nightmares. 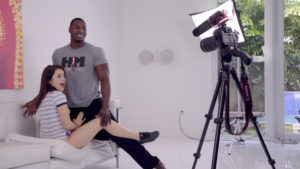 here’s the blurb: Produced by Rashida Jones, Jill Bauer and Ronna Gradus, Hot Girls Wanted: Turned On is a six-part anthology series, based off their acclaimed feature documentary, Hot Girls Wanted. This unflinchingly honest series tells personal stories about people whose lives are affected by the explosion of the Internet where social media, pornography and virtual relationships are all just a click away. Each episode explores the intersection of sex and technology telling stories of intimacy, connection, disconnection, self-promotion, race and gender politics. How is interacting through screens rewiring us in fundamental ways?

Anyhoo, I have to make time to watch this.

If you’re going to be watching anything, enjoy!