What the “white savior” doesn’t (care to) foresee. 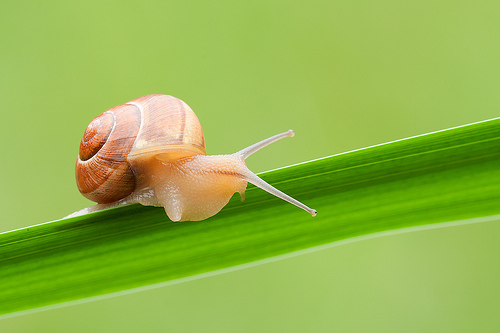 Okay, so I’ll admit I am slowing down. With one week left till the baby’s due date, I am so tired I can barely think straight let alone put coherent sentences together.If you’ve been following the media and especially, twitterstorm around the #lintonlies, this will make sense, but regardless, it leaves outrage, disbelief and sometimes just plain hurt in its wake. Today I’ve handed the reins over to my sister for the following post:

Last week I got angry. I usually get angry about a lot of things, and mostly it’s just blowing air and letting steam off…or letting out rage instead of fear because the state of this world scares me, but this time, I was in murderous form.

You see, I hate being a minority. Actively hate it. I’ve spent 18 years of my life outside of my country, and to be frank, I don’t like being different, an outsider, “other”. 8 years ago I decided to go natural, ditch the relaxers and it was around the same time I decided I don’t like walking into a room and being the only brown person in it. Or walking down a street and not being able to blend in… paying in cash and having the clerk check if my money is counterfeit, or being asked “where are you from” and reacting suspiciously even if the asker is only being friendly…These are the realities of living in a mostly European country that is still getting used to different colours being here. I accept that, even though I don’t like it.

But that doesn’t drive my blood to boil. I understand stereotypes. Sure, of course I do. I have my own prejudices. And if someone says they don’t have them, they’re lying. We get our prejudices from the world around us. Cultural perceptions, negative (or positive interactions) with others, from the things we read to the films we see. Sure, of course we do. But there’s one kind of stereotype I simply refuse to understand. And that is the “white saviour”. What is this inflammatory saviour business? It’s the type of stereotype that allows the cause of last week’s rage to exist.

Enter Louise Linton, a Scottish actress and writer of bad novels who happened to spend a year in Zambia in 1999 and decided to write a (very fictional) non-fiction account of her time in the bundu for some easy cash by playing on every negative stereotype about Africa and it’s people she could think of. From the happy smiling native to the fear of rape by hulking black soldiers – on account of her easily standing out with her “angel hair” – yes, that’s what’s on her head, to the HIV positive child whose sole highlight in life was drinking that rarely found coca cola on her lap to a war (in a country more than 1000 Km away) that she became the central character in. And that was just in the excerpt from the promo, who knows what other lies and nonsense were in the rest of the book.

You see, Binyavanga Wainana has a very funny and sad piece on how to write about Africa. You may have read it, if you haven’t, do, and see if you recognise anything…words like tribal, drums, zulu…naked breasts, deserts, savannahs, you know, primitive stuff. Things that shock and confirm suspicions about an entire continent of a billion people with more than 3000 languages and countless cultures…stuff like Claire Boylan’s Black Baby, with a scene involving a baby, a diaper and a dog that I can’t in good conscience repeat here. I read Linton’s promo piece in the Telegraph (a paper I avoid usually) and nearly succumbed to apoplexy… but more than that, I was hurt, deeply. This is an age of science, of reasoning. Yeah, sure, we’ll always have stupid people, but if you want to know about something, the information is everywhere on the net. So why resort to lies that only deepen racial divides to make a few bucks? Because racism isn’t hate. At least that’s not what I’ve found out the very hard way. Its looking at people with different skin, accents, hair, as alien, as other, as unrelatable. In short – not like me!

And when people are not like you, well, then you don’t have to treat them with the same, or any respect like you would people you actually do identify with. So this Linton person could happily write nonsense and her publisher proof-read, edited the manuscript and flogged it as non-fiction, because, well, it couldn’t possibly be lies, could it? The fact that she spent a year “giving of her time” somehow gave an 18 year old the authority to make sweeping judgements about a country, and by default a continent, and it must be true, right?

Because that’s what stereotypes do. You don’t have to think, really think about what you’re saying, or how you’re feeling or why any of these ideas or words are in you, because, hey, “we all know”, and it’s easier to put things or people in a box when you don’t respect them than it is to ask yourself why.