You know what? It’s late and I couldn’t come up with a better title so I’m not even going to apologise for it. Lots has been happening here and as usual, I’ve written many posts in my head, not found the time to write them out, then fallen into bed exhausted.

So first things first, we got a cat. Her name’s Kira abd she is just gorgeous. I wanted to change her name to Sigmund, (yes I’m aware it’s a male human name but the cat doesn’t know that) however, Roz loved the name Kira.

Indeed I’m sure the poor woman was.

So we kept the name.

She’s the cuddliest most affectionate creature. I did not know this about cats. I’m more accustomed to dogs so this has been a lovely surprise. She comes and sits right next to me when I’m on the sofa and nearly wants to push the baby out of the way so she can sit in my lap and get stroked. 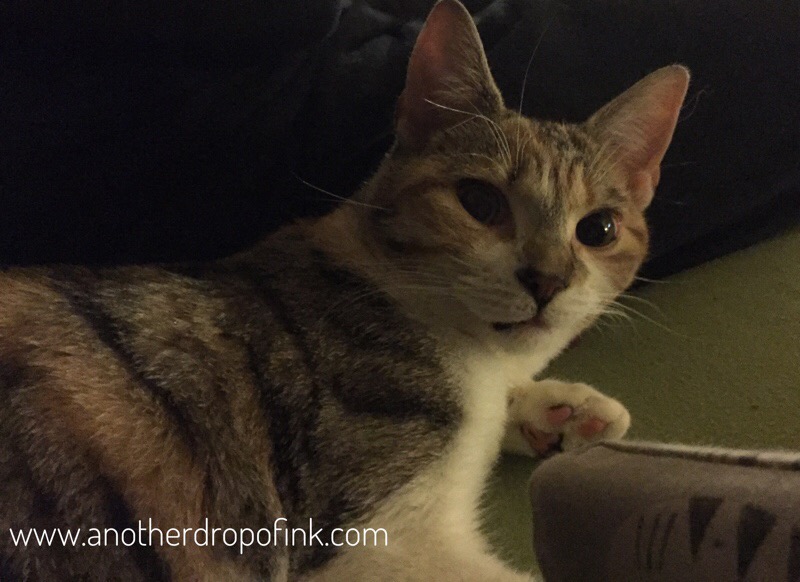 We’re about eight five percent done with unpacking. It’s taken for ever. Like ridiculously long. Every time I think I’m done, another box magically appears to be unpacked and I want to at on the ground and throw a tantrum. When did we acquire so much freakin’ stuff??!  Toys, winter clothing, summer clothing, dress up clothes, vests, two billion Tupperware containers…in doing a mass declutter at some stage in the future, konmari stylee.

And I haven’t even unpacked all my books yet. But we aren’t getting rid of any of those. Never. From my cold, dead hands!

The baby has two teeth. They started showing as two little visible bumps three days ago after months of drooling and then like magic, they were out yesterday. Roz is enchanted and very excited by them. We’ve had to have a few chats about not sticking fingers into baby’s mouth, especially not going from stroking the cat and not to mention she’s going to get seriously bitten one day and there’s nothing I’ll be able to do about it. I guess the second lesson just has to be learnt. Experience is the best teacher and all that.

We’ll all that teething meant both baby and I were getting very little sleep at night. Not to mention we both got very bad colds last week and so sleep was a distant memory. I couldn’t find the saline spray because I had no idea where we packed it, couldn’t find the hocks for myself, couldn’t find the paracetamol and I’d be damned if I was buying more of all three because goddammit they were somewhere around already.

I was running on empty. Everything gets twice as hard and I’m so grateful we’re back to (more or less) better sleep.

And, through All this, she also learnt how to sit. She’s still ever so slightly wobbly but getting stronger every day. Not enough that I can leave her unsupported but slowly slowly. And when she does topple over it’s onto all fours so we might get crawling soon and then the fun really will start. 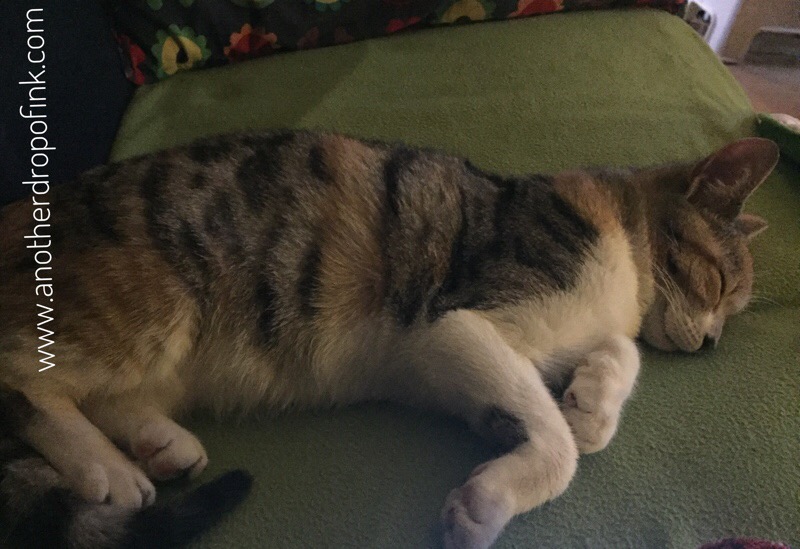 P.s. My apologies if there are any typos and that the photos are not similar sized, I’m posting this in bed, breastfeeding and freezing, well past my bedtime.